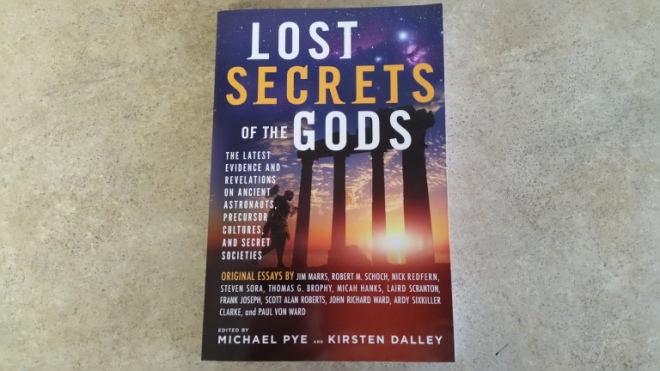 Lost Secrets of the Gods had an interesting premise as a book.  However, this book was poorly executed.

While the book had some notable data to glean, it still falls really short given that many of the essays are weren’t as in-depth as they could have been, and the other essays do not push the envelope and play it safe.  A few were downright boring, and that’s not said lightly.  That’s actually sad considering the field of ancient civilizations et al is oft-riddled with mystery.

There were a few noteworthy essays though.  Predictably these are from Marrs, Frank Joseph and Redfern.

In a field where imagination and possibilities abound given how much isn’t known, this book felt rather run of the mill even for alternative research.

There is quite a bit of data to glean , it just depends on how much research someone has undertaken.

Once one views those topics above, one would imagine that this book would be absolute dynamite.  And it could have been, but unfortunately it was quite lackluster.