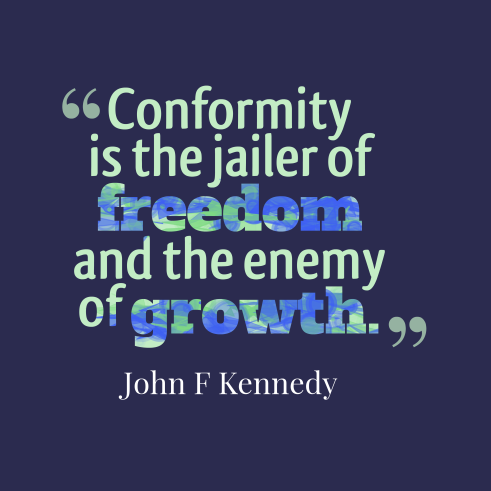 “Human spirit is the ability to face the uncertainty of the future with curiosity and optimism.  It is the belief that problems can be solved, differences resolved.  It is a type of confidence.  And it is fragile.  It can be blackened by fear and superstition.”
– Bernard Beckett

“The first and simplest emotion which we discover in the human mind, is curiosity.”
– Edmund Burke

Children are the most inherently curious people on earth by far.  This is in their very nature, like breathing is to people.  Watching a youngling carry on and about, asking questions about everything in sight is a wondrous sight.  It matters not what lies in front of them, there is no mountain to high, or not valley to low.  They are capable, because their curiosity hasn’t been dampened by society.  In their nascent stages, a child’s imagination is boundless; this prompts children to see reality itself as boundless, which allows them live in a world of vibrant stories and endless journeys which have not been stultified.  In fact, they believe they are so capable they often get themselves in trouble, as we have come to know.

Because children are inherently curious, they act as little sages, they are like little philosophers.  Ironically, philosophy means the love of wisdom.  Children, by using their curiosity as a platform for understanding the world, are attempting to gain wisdom of reality and its inherent intricacies.   There is much to be learned about that.

What all children have in common with these two great minds is their ability to question.  Just like Socrates and Descartes employed the ability to question everything, so do children.  This is a great gift, because it yields many results in gaining knowledge of the world, and more importantly, of the self.

Unfortunately, later in life, children’s curiosity gets shoved brashly aside.  One could even go as far to say that curiosity is surgically removed from the individual’s repertoire and only a ghost of curiosity’s former self remains.  Whether by parents, public schooling, church, or any other way, children are asked to: [1] conform to standards imposed on them stifling their uniqueness and creativity, [2] to trust authority unquestioningly, and by trusting authority they are ‘taught’ [which in other vernacular is called indoctrinated] into [3] not questioning authority.  That triumvirate of nonsense [sn] leaves kids, like a ship with a busted rudder unable to sail in the sea, unable to be free in mind as they would be if they weren’t forced to conform.  Moreover, these children grow into adults that are incapable of questioning anything because they do not have the curiosity that’s the fuel for seeking truth and employing critical thinking.  We also know that critical thinking does not get taught in public schooling.

All of these above issues cause a great imbalance, because the individual forfeits their natural path that they would have originally followed had they not been stultified

While adults have a much harder time posing questions beyond superficial ones, if they even do so at all, children are vastly capable until their creativity is corralled.  Before the creative consciousness of individual gets sealed away in a vault, it’s important not to allow that ever to take place.   Curiosity needs to be fostered and cared for in continuous fashion.  It’s the inherent curiosity that children feature which the adult world lacks in droves.

Mortimer J. Adler & Charles Van Doren, in their quintessential How To Read A Book – The Classic Guide To Intelligent Reading, put it best:

The child is a natural questioner.  It is not the number of questions he asks but their character that distinguishes him from the adult.  Adults do not lose the curiosity that seems to be a native trait, but their curiosity deteriorates in quality.  They want to know whether something is so, not why.  But children’s questions are not limited to the sort that can be answered by an encyclopedia.[Bold Emphasis Added][1][Emphasis Added]

Adults, however, seem to lack this very type of curiosity, the boundless type.  Admittedly, adults are ‘curious’ about the weather, or about other superficial issues, but it’s not even close to the same magnitude.   Part of the reason is because as adults, we have been taught not to question and we have been indoctrinated to follow orders and always follow authority.  Trust authority is something that gets hammered in our youth, like nails.  This is why adults follow orders en mass in modern days, even though over a century ago this wasn’t always so.

What makes it worse is that when adults see other people ask questions and get reamed by for it, as if questioning authority is a deadly sin, the learn to retreat into a state of fear and conformity falling back into ‘official reality’ – the one in which you must not question.  Continuous conformity continues to tow the party line of via this mass societal engineering with nigh no end in sight.

Regardless of how people ended up losing curiosity and end up conforming, if an individual never leaves the confining, restrictive and stultifying part of the system, the individual will never be able to become an incisive, questioning, critical thinking individual.  And those who never arrive at their full potential will only living life at a fraction of their capabilities when compared to the full breadth and scope that is to be had if an individual is robust and self sufficient.

We should seek to go beyond the confines of conformity and be our own very inherent authentic selves.

The individual needs to be open-minded enough to see when someone is trying to put them in a box, and brave enough to stop those that seek to halt their conscious awareness of issues, no matter who it is.

Only through achieving unbounded awareness of what one is capable of are individuals to free themselves from the confines of conformity and reimplement the original constitution of curiosity they were endowed with.  Then, and only then, will individuals follow their inherent curiosities into new journeys, into a new life.

The only way to breakaway into conscious creativity with curiosity is through the employment of imagination and ceaseless curiosity.

Via imagination, life becomes boundless – an ocean to be traveled upon.  Thereafter, the embers of curiosity are reignited, and the ideas start to take place, possibilities ensue – wonder begins .

From there, an inquiring individual can go through life, searching, willing, and able to journey on their path in search for life’s hidden treasures, venturing towards their personal mysteries.  Or they can remained stultified just as the system has made many become.

The beauty of this conundrum is, it’s merely a choice.  One way or another, everyone always decides.

His own personal blog is BreakawayConsciousnessBlog.wordpress.com where his personal work is shared, while TheBreakaway.wordpress.com serves as a media portal which mirrors vital information usually ignored by mainstream press, but still highly crucial to our individual understanding of various facets of the world.