The new year has begun in earnest. Goals have been set by individuals. The sun is rising on a ‘new beginning’.

With that in mind, where we travel on our way forward into the future has everything to do with where we’ve been.

What follows is an amalgamation of the biggest holidays in the American landscape, and what the establishment estimated the nation would spend as a whole during those days:

The establishment had expected $6 Billion dollars spent for this holiday

It was estimated that $13.5 Billion would be spent on labor day what.

Americans planned on spending $7.4 Billion on Halloween alone. P.S. That includes $350 million dollars for pet Costumes. You read that correct.

During Thanksgiving, which is off course now notoriously coupled with Black Friday, and Cyber Monday, Americans were estimated to spend $80 Billion.

At the top of the proverbial pyramid of consumerism, Americans were expected to spend $600 Billion dollars.

Some will instantly say, but those are estimates and they would be right. But estimates have precedents, and while the number could be lower, it could also be higher. Especially since it doesn’t seem like Retail Rapture is ending any time soon.

One of the main tenets of this blog is empowering the individual. In order to forge ahead, individuals, which are the foundation of society, need to be cognizant of what they do if they want to move forward – breakaway – beyond the current system that taxes every aspect of y/our life.

With that said, in order for the nation to spend nearly 3/4 a Trillion Dollars, it takes a lot of individuals to carry that out.

Ponder this: what would happen if the entire country saved just 10% of that money? That seems quite reasonable. That would be a savings of $70 Billion in one year, as a nation.

And people are saying that the economy is going to collapse? Are you kidding me!

In any case, narrowing down this to the local, individual level, what would saving just 10% of your Holiday expenditures help you accomplish? Ruminate on that a bit. In fact, take your time and think long and hard how much saving just 10% of your Holiday money can help you building your future. There is a lot that can be accomplished given how much money was estimated to be spent.

Being cognizant of the above, where do we head too financially, as individuals, from here?

That, my friends, only you know can know.

Because the choice, is ultimately yours. 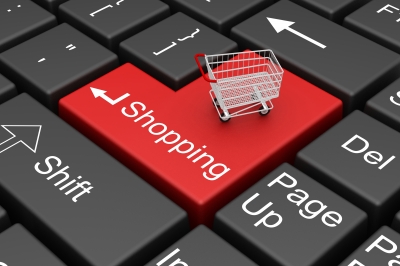 Approaching the bottom of the 9th of the year, the Holidays are winding down.

People are snazzy, have a pep in their step, and are spending dollars ubiquitously like their lives depend on it.

Its that last fact that is often quite overlooked.

The holidays are used by the establishment in a myriad of ways. Most duplicitous among the underhanded reasons lies the profit motive. This is the least analyzed, and often most harmful of all notions parroted during the holiday season to individuals & families.

Why is such the case? Because many folks will go all-in during holiday shopping, and some do it without even having the funds to do so [i.e. credit cards, loans, borrowed money, etc.]

If the holidays truly are about quantity shopping quality time, as many people are quick to expound, then the material component to the holidays isn’t needed to carry out such.

For something to have meaning, the time/experience/memory had should be exceptional to the individual. This, and this alone, should be what is related as a message. However, we know the establishment and deceitful media does not ever come close to that idea without touching the material realm.

This isn’t to say that a gift, something tangible, cannot have meaning. Far from it.

Meaning, most of the time, comes from the eyes of the beholder in a sense. Overlooked many times though, is the fact that meaning many times comes from how others see things, which just so happen to be material a lot [most?] of the time.

For instance, an object by itself is just an object. But we have all seen the power that any material object can have – no matter what it is – over people when others besides themselves crave it.

If an object isn’t lusted for by thousands, people usually don’t give it a second look. However, the second ‘everyone’ wants something, then its en vogue, in style, the new fad.

Some examples of this are phones, games, toys, purposes, clothing, brands [which comes from the word branding, which has a nefarious history, but that’s another story] so on and so forth.

At its most basic premise, what we are talking about here is the overwhelming urge to shop, for the sake of shopping. It is recreational shopping at its finest.

And if that is what is carried out, rather than the search of something meaningful for the happiness of other, then its void of substance.

Why is this? Because shopping can be done at any moment in the year, any time, any place, any locale, and the only reason most people shop during the holidays is because the corporate conglomerates and media have helped socially engineer retail rapture to unheard of levels.

The amount spent during the holidays is ludicrous. It’s the type of resources used that could literally change entire families/communities/regions, but are used to shop for things that most people aren’t in need of.

Here are some memes expounded by the establishment/media and how much money was expected to be spent for each particular holiday:

– If its 4th of July, you’re a patriot. Of course, with the establishment expecting $6 Billion for this holiday, why wouldn’t they carry out propaganda. True Translation: spend money to ‘support’ your country corporations.

– If you spend money on Labor Day, you’ve earned it due to hard work. Then again, with the establishment having expected $13.5 Billion to be spent on labor day what wouldn’t they say? True Translation: you’ve earned the right to line corporate pockets to the hilt.

– If its during Halloween, then it’s a celebration and whathaveyou. And this has become an enormous time of the year for money spent compared to what it used to be decades ago. If you’re skeptical it was estimated Americans planned on spending $7.4 Billion on Halloween alone. True Translation: spend money because that’s what celebrations are for. P.S. That includes 350 million dollars for pet Costumes. You read that correct.

– Thanksgiving? One needs to be thankful of course! Coupled to this is Black Friday, in which people spent in 2014 $89 Billion in online sales alone. True Translation: spend even more money.

– Finally, Christmas. The reason for all bliss to exist. The propaganda is extremely high, especially given the fact that Americans are expected to spend $600 Billion dollars. True Translation: quantity/objects are where meanings are at, thus, spend money.

In none of the examples above is the press ever even dabbling into just spending quality time with people, without lining the pockets of the corporate cartels. The mere thought is sacrilegious. Such is an act of suicide for presstitutes to engage in such abhorrent behaviour. How dare they?

This is why it rests solely on the individual – the foundation of society – to be prudent, incisive, and rather discriminatory in the way that any money is spent, especially during the holiday season. Coupled with that is the fact that the very loot money that’s gathered by the corporate crooks is the profits used to throw the populace under the bus at every given turn.

That laughing sound behind the curtains is irony by way.

Spend money? Sure. We just be wise about it.

Just remember, quality is quality.   Quantity is quantity. Some people use them interchangeably, – unknowingly [more gifts = more love] – but they are not.

Now there’s a choice you won’t hear the current paradigm expound upon any time soon.

Enjoy your time with those you love. That’s what life is really about.